Best In Class Service For Your Vehicle

What is over fueling? You may think that it’s when you add extra fuel after the pump stops when you’re filling up your tank. Though this can also lead to engine damage, lost fuel economy, and added air pollution; over fueling is when the fuel pump is pumping too much diesel into the engine cylinders. The diesel in the cylinder is not burned efficiently, because the fuel to air mixture is not at the appropriate proportion. Though this occurrence is rare, it can cause cylinder heads to crack or cause damage to the pistons. See the pictures below for examples of an extreme case of over fueling damage. 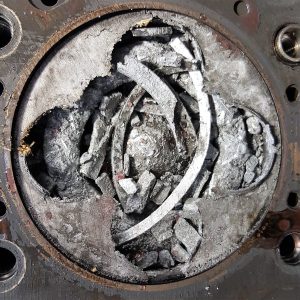 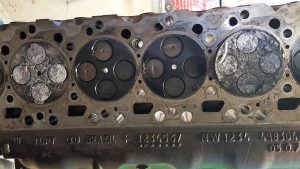 There are a lot of causes of over fueling such as, a faulty air meter; a defective fuel injector; an air leak; or other components in the engine malfunctioning and creating a domino effect. Over fueling can also be caused when the injection timing is set incorrectly and the fuel injection happens too late in the piston pressure stroke. If you notice an excessive amount of black smoke coming from the exhaust, the engine could be over fueling. You will not be able to tell a difference if you have altered or removed your emissions system, because your exhaust will already contain large amounts of black smoke. You may also notice that the vehicle feels like it’s hesitating, not accelerating like it used to, or you don’t have the same level of power.

If you notice that your engine is not operating normally, an excessive amount of black smoke in your exhaust, or warning light illuminated, have your vehicle serviced as soon as possible.